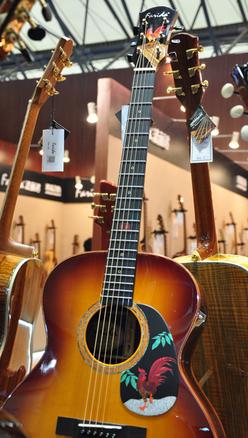 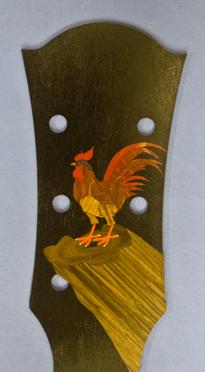 The Dogs are made from various types of wood as well as Corian and recon stone. I like using wood because it has a lot of the textures of hair plus it comes in a huge variety of colors and tones. 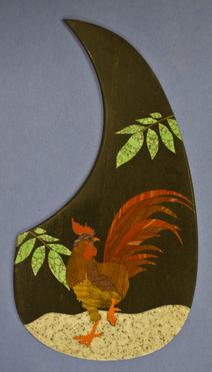 For this theme we decided to go with what I'm best known for, a more realistic rendition of a monkey climbing a tree to get to the guitar in the upper branches. The entire inlay was done with different woods. The guitar in the tree is a small inlay of an actual Farida dreadnought! The guitar was first offered for sale at the Shanghai Music Fair in 2015, it sold the morning of the first day!

For the 2017 fair the theme was The Year of the Dog.  I will also be attempting to do some YouTube videos which is also something new for me. I tend to get locked in when I work so we will see just how successful I am and stopping to record something!

Here is the inlay in progress. Lots of malachite and jade recon stone as well as Corian. Brick are made from Padouk and white veneer. The guitar back is Malaysian Blackwood. 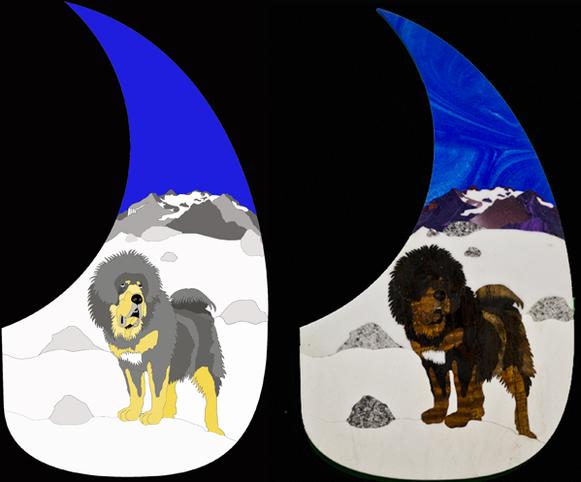 A couple of years ago while cruising the halls at NAMM drumming up new inlay customers I happened to cross paths with Frank Tsai and his merry band of world travelers from Grand Reward and Entertainment. Grand Reward is the premier builders of musical instruments in China. I had gotten to know them because of their work with the travel guitar that I invented, Voyage Air. After exchanging the usual pleasantries, Frank asked what I was up to and I told him I was mostly doing inlay work for other companies and, half jokingly, I told him I could do inlays for their house brand Farida Guitars. We of course had a good laugh about the unlikely chance a company in China would be importing inlay work from the USA. I did tell them that the only thing really in the way was that they would need to raise their prices and that since we already know the quality is there and that a guitar built in their factory was well received in the US market at nearly $2000.00 (the Voyage Air VAOM-2C) that they should be able to be the first real high-end Chinese guitar company. Fast forward about 2 months and I get an email from Frank asking if I would be willing to work with them on a limited edition guitar that would have the theme based on the up coming symbol of the Chinese zodiac. I thought that was a great idea!

For the 2016 show last October the theme was The Year of the Rooster. Once again the choice was made to go with a realistic looking inlay design. This time wood as well as reconstituted stone was used. I believe this one sold before the show! My kind of response time!

Farida also asked if I would be willing to come to Shanghai to represent the guitar as well as talk to their dealers and to do demonstrations at the booth. I of course more than happy to go. I do have to say that I never thought I'd be on a stage in the middle of China cutting out inlays and having them broadcast onto a giant video monitor! It was a great experience and I was amazed at how welcoming the Chinese people are.

On a slightly separate note... While I was there last year we discussed doing something a little more elaborate to show the Chinese market just where inlay can go when a crazy American is pushing the limits. We decided to do a scene on the back of a guitar, similar to the Edo guitar. I did some searching and came up with what I think will be perfect... The Great Wall! I may have bit off more than I can chew in less than a year (WAY less now!) But I love a challenge...

​Here is a quick rendering of what I have in mind for the Great Wall. I expect I will be tired of cutting out bricks when I'm done... 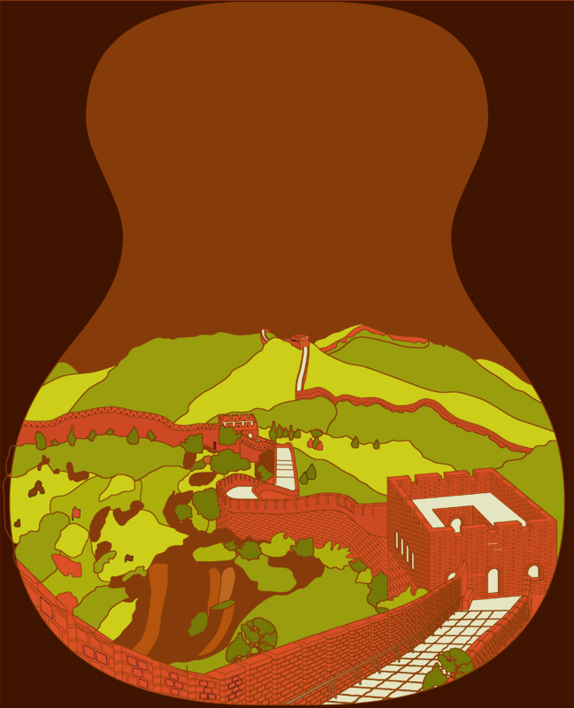 Here is a Photoshop rendering of the headstock and pickguard inlays along with the finished results. 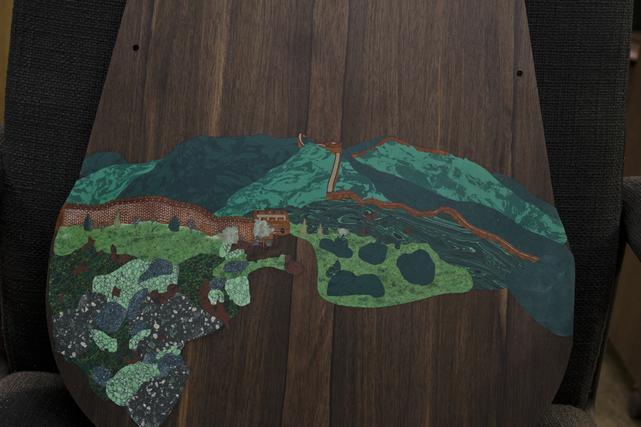