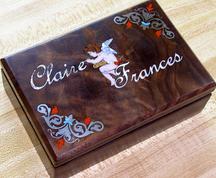 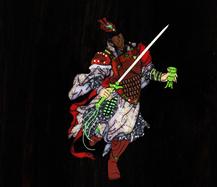 In its simplest form, a shape is cut from one material, then a hole or cavity is cut to the same shape in another material and the shape is then in set into the cavity, glued in place and then sanded flush with the surface.  ~~In musical instruments the most common inlay material is one of the various types of shell, such as Mother-of-Pearl or abalone. The most common place for an inlay is the fretboard as a position marker and the most common shape is a ...

~~“Harvey Leach has worked on a few remarkable inlay projects with us at Martin. They bear descriptive names like “The Medeival,” “The Custom Cowboy,” “The Hot Rod,” and of course the amazing "Da Vinci Unplugged" Martin’s milestone Serial #1,500,000 guitar (see video below). Harvey’s amazing inlay color pallet combines with unique and occasionally translucent inlay techniques to advance the art of inlay into new and uncharted territories – a great and inspiring artist!”

I cut my first inlay when I was in high school. My first "inlay" was actually a cavity the shape of a heart in a banjo fretboard made from an illadvised cherry. Rather than actually cut some thing to fit I simply filled the cavity with Plastic Wood... I've come a long way since! I got my real start with inlays while I was trying to build banjos for a living... everyone knows you can't build a banjo without encrusting it with a fair amount of shiny secretions from the ocean floor!...

What Clients Say About Leach Inlays

~~Harvey Leach is an amazing artist, craftsman, and inventor. He is famous for his inlay work, which is the greatest I've ever seen. I personally own one of his Voyage-Air guitars, which has a collapsible neck, fits into a backpack and is the ultimate "take anywhere" guitar! 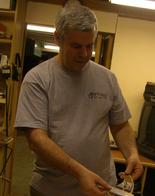 I take great pride the virtual Who's-who of companies I have had the honor of working with but I also take great pride in the customers who's names you would not recognize; independent builders with just a few instruments under their belts and clients who simply want to make something more personal. Inlays can be done on a variety of things not just musical instruments...